HelpSign In
Turn on suggestions
Auto-suggest helps you quickly narrow down your search results by suggesting possible matches as you type.
Showing results for
Search instead for
Did you mean:

Mastery In The Making – Filmed On The New FX30 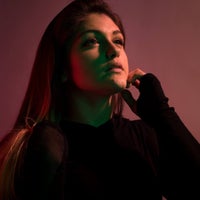 The Sony FX30 is the newest to Sony’s cinema line of cameras, and Director Curtis Morgan says it feels like a new member to the family. With many of the same cinematic features as cameras like the Sony FX3 and FX6, filmmakers will feel right at home with the FX30. Morgan was the first to take the new camera out in the wild to put it to the test, and he knew just the story he wanted to tell with it. “It’s the story of the young coming up under a master, under the sensei, under this teacher,” Morgan explains. “It’s a very simple story, but I think it’s going to be a really beautiful story.” Watch the film below and keep scrolling for a special behind-the-scenes video where we hear more of Morgan’s thoughts on the new FX30’s performance.

Giveaway! Be Part Of The Alpha Universe Forum For Your Chance To Win A Sony ZV-E10!