My otherwise normal a9M2 has randomly experienced extremely slow file writing the the SD cards.  After shooting a high speed burst of 10-20 images, normally the camera clears the buffer onto both cards in ~0.5 seconds per image.  Occasionally I am seeing a write times of 4 or 5 seconds per image.  Then on the next burst the buffer clears quickly again as expected.  No difference in shutter speed, ISO, NR or anything else I can think of.  These are 1/1000th second or faster exposures.  E-shutter.  A 20 shot burst will write the the cards in 10 seconds.  Then the next 20 shot burst will take a full minute to clear to the cards.  Then the next 20 shot burst will clear in a few seconds.

I'm using compressed RAW written to both slot 1 and 2 simultaneously.  Identical UHS-II v90 Sabrent SD cards.  Cards are always formatted in the camera.  The cards were thoroughly tested before and after the slow write times were observed using H2testw and no errors were found.  Only a few image were already on the cards (<100)  and no new folder was being created on the cards.

I've tried to reproduce the issue and I can't make it happen on demand.  Seems totally random. 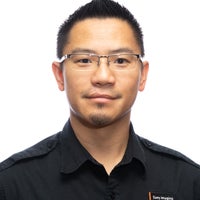 Always double-check that you've updated to the latest FW first. If you're up to date, have you tried initializing your camera?  Before you do, you can save your shooting & FTP settings to an SD card (has to be done separately). If it  happens again after that, I would try completely new cards.

If the issue continues to persist, you may want to send it into Sony Service to get a checkup.

Yes, everything is up to date.  I have not been able to reproduce the behavior nor has it happened again in the field using any of my cards.  I appreciate your response. 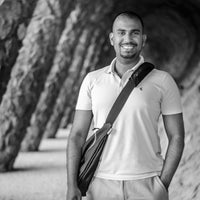 The is a "write" life cycle to any memory device, similar to a life cycle of a lightbulb. Even if a memory card has a fast read and write speed, it doesn't mean it will have the same life cycle. There is a reason why I use the Sony tough cards, even though they are expensive, it's their life cycle and durability. In camera, the read and write limiting factor will always be the memory card. As Alpha-Van said, swap them with new ones. Try a more standard, stable brand in the world of SD cards..

Sabrent may be new to SD cards but they are a well know memory brand.  I have several of their enclosures and SSD's which all work perfectly.  The cards were brand new and freshly formatted when the strange slowness occurred.  I've tested the Sabrent cards using a computer and they perform as advertised.  Of course it is possible one of them had or still has a problem.  I just have not been able to reproduce it.  I have used the Sabrent cards in other cameras with no issues.