New to this Forum but a longtime Sony User

Hi everyone, Just got invited to this group by SONY. I am a longtime photographer/cinematographer using SONY equipment going back many years.

I am based in Manhattan,

From my Rooftop a1 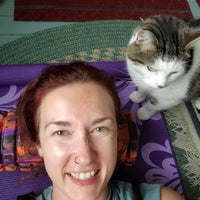 Biography Mark Forman is a graduate of NYU's Tisch School of the Arts with a BFA and MFA in Film. In 1984 Mark won an award for cinematography for the student film "Party Games". In 1988 he produced "Bicycles on Snow", which aired on the Discovery Channel. In 1994 that film won an award for the best film at the Interbike Film Festival . In 1991 he developed and patented the Forman Camera Bicycle a device for action cinematography. Forrest Whitaker used the bikes to open his HBO film, Strapped (1993). The Forman Bikes were also used for Sony/Interfilm's, Ride for Your Life in 1993 with Adam West. Forman shot a ride simulator film for Coca Cola's Olympic City in Atlanta in 1996. Mark began to research 16:9 widescreen cinema in 1998. At that time he purchased the first privately owed 16:9 DVCAM from Sony. With that camera he photographed a DVCAM demo that Sony used at NAB in 1999. In 1999 Mark realized that Video really had the potential to become Cinema especially with the introduction of HD. He then decided to do something many cinematographers dream of. "I would build a screening facility out of the need to see these images in the best possible viewing conditions." Mark Forman opened the Forman HD screening room in 2000. Since that time the room has screened for cinematographers including Allen Daviau ASC, Ellen Kuras ASC, Sean Fairburn SOC and , the director Robert Altman, as well as many others. The Forman Screening room prescreened two Sundance Film Festival winners "Personal Velocity" and "Frozen River." Mark Forman has done aerial cinematography for Honor Squadrons International in 2001. Mark was the first person ever to use a DSLR for a feature film shooting an insert scene in December 2008 for the film Notorious with the Canon 5D Mark II. He also has been a cinematographer shooting demonstration footage for camera manufacturers with prototype equipment including the Sony FS100, FS700 and the 4K Sony F55. He is also is an accomplished still photographer with publication of his images in Digital Cinema Magazine Miilimeter Magazine Digital Content Producer, American Cinematographer, The Seashore Trolley Museum, The Yankee Air Museum, EAA Warbirds, Videography, Film and Digital Times, SMPTE Journal and AirVenture Today. Mark Forman is a member SMPTE, and a Charter Member of The Digital Cinema Society. Sony I.C.E. (Independent Certified Expert) specializing in cameras 2011-2013 Mark has also sold his footage and stills for films including Die Hard IV, ABC TV "The Castle, "Gossip GIrl" and others.