Now that the A7S-III has been out for a while -

I still own and shoot with the A7S-II.  For 4K recording I have been using stand alone recording devices like Atomos.

I know a number of people who have made the switch to the III body but they still own their II.  Personally I don't want or need 2 bodies.  I already own multiple batteries and a complete Tilta cage and cine package for my II.  All which will not work if I change out to the III.  I already made the investment in an Atomos.  Other times I need to use a different recorder anyhow just for compatibility with other cameras or the editors preference of file formats.

For those of you who have maybe done it, is it really worth spending the funds all over again to start from scratch?  I'm still happy with the II but wouldn't mind capturing 4K in the camera.  I'd still run into production requests because of file formats to continue to record outside the camera anyhow.

I'm not doing my own video projects.  I do use the camera for my own (non-pro) photography. 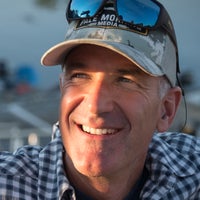 I think if you have paying clients that require the 4K then you should upgrade but if not, you should just continue recording Pro Res 422 or 422HQ to your external recorder and call it a day knowing that the image quality will be amazing.