Back in 2020, Sony launched the ZV-1 Vlogging camera and it immediately became a hit.  Sony Followed that up with the interchangeable version called the ZV-E10 in 2021, which then took over in popularity.  Now the newest Vlogging camera from Sony is the smallest and lightest yet with a 20mm f/2 lens, ideal for vlogging:  The ZV-1F.  It's obvious that Sony saw the writing on the wall and got interested in creating vlogging specific cameras as the pandemic settled in across the world.  That Sony has continued to develop new models for this new growth market in camera products is great for those of us already in the system.

I bought the ZV-1 as soon as it came out.  This camera was great for using on a tripod.  You could set it up and then stand in front of it and get great footage and clips so easily.  The added benefit of being able to show something right in front of the camera to show detail of an object was revolutionary too.  But when the ZV-E10 was released that allowed the use of interchangeable lenses, it was the obvious choice for many vloggers.  Once Sony followed that up with the holy trinity of Vlogging lenses, the 11mm f/1.8, the 15mm f/1.4G, and the 10-20mm f/4 PZ zoom, it was light out, or so we all thought.

Then they dropped the ZV-1F on us along with the a7RV, and they put into our hands a super lightweight vlogging camera with the perfect built-in zoom that was also fast at f/2.  So at this point Sony has covered all the bases and then some with their three offerings.  As much as I prefer the ZV-E10 as my favorite, along with all the cool glass available for it, the ZV-1F has the potential to steal the show as it competes with smartphones in it's size and pocketablity.

As the market for Vlogging cameras and accessories grows, it seems Sony is one step ahead all the time, offering us the cool tools we need to make what was once difficult, easy.

Last, I'm a huge fan of the ECM-G1 and ECM-B10 microphones for vlogging as they both offer great audio capture of the human voice with the least amount of effort. 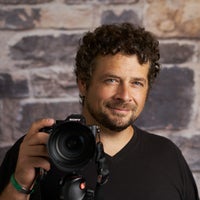 What an interesting thing to learn! Sony continues to lead the way!